Bottom of the Class

Bottom of the Class

Good school science education is expensive. It requires specialist teachers, laboratories, equipment, technicians and consumables. Many countries have made a substantial investment in school science, yet there is growing evidence that by the time students get to the age of 15, most of them have been turned off science.

The most striking findings come from an ongoing international study known as the ROSE (Relevance of Science Education) project, co-ordinated by Camilla Schreiner and Svein Sjoberg of the University of Oslo in Norway. The results so far, from tens of thousands of children in more than 20 countries, show that the higher a country’s ranking according to the UN index of human development (a measure that includes life expectancy, per capita GDP and literacy rates), the less interested its 15-year olds are in school science.

By the standards of educational research, the relationship is a startlingly tight one: the correlation between a country’s index of development and the stated wish of its 15-year olds to become a scientist is -0.93—almost a perfect linear relationship. In countries such as Bangladesh, Ghana and Uganda, which score low on human development, 15-year olds are very positive about wanting to continue to study science—perhaps because of the benefits that they think science can bring—whereas in Japan and Western Europe they are not. 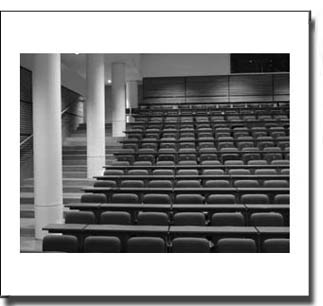 In many well-off countries, the number of students wanting to go on to higher education to study chemistry and physics—though not biology—has fallen over the past decade. In the UK, this lack of enthusiasm for physical sciences has led to the closure of some 80 university science departments in the past six years—though some have reopened under new names. So why is school science, especially chemistry and physics, so unpopular in wealthier countries, and what can we do about it?

A number of researchers, myself included, have found that the 11-year olds arriving at secondary school are keen to study science, and enthusiastic about the prospect of practical work in exciting laboratories. Some maintain this interest over the next five years, but sadly the majority find science lessons boring and irrelevant compared with other subjects. Teenagers criticise school science in particular for not enabling genuine discussion and debate, for not tackling up-to-date issues, and for giving them little choice—for example, about what practical work to undertake. Though they generally think science is important, most feel that a career in it is not for them but for others who are cleverer than they are.

There are various ways to address the problem. Some countries have changed their school science curriculum, often making it more context-based. The teacher starts with an issue that is of interest to students—running a nature reserve, finding the best site for a chemical plant, deciding whether to switch from fossil fuels to nuclear power and/or renewable—and uses that as a pathway into the science one needs to understand in order to deal with such questions. This approach is controversial, however. In the UK, the distinguished philosopher Mary Warnock and the rector of Imperial College London, Richard Sykes, last year labelled this approach for 14 to 16-year olds as “dumbing down” and “more suitable for the pub than the school room”.

Another tack is to encourage out-of-school learning. Last week, for example, London’s Science Museum reopened its well-known Launchpad gallery. The old Launchpad got a million visits a year. The new one is bigger and better so it should get even more. What is particularly notable is the care the Science Museum has taken to ensure that the 50-plus exhibits in Launchpad support the physics that 8 to14-year olds will learn in schools as part of the National Curriculum. There has been an explosion in the number of science museums and centres around the world, making such visits possible for an increasing number of children.

This growth reflects a deeper point about the nature and purpose of school science laboratories. We can think of them as providing stripped-down versions of reality, where care has been taken to simplify things to help reveal the underlying science. In real life, it’s not easy to show 11-year olds the relationship between voltage and current, between evaporation and condensations and rates of respiration. These are the sorts of things school science labs are good for. But we need out-of-the-classroom experiences too, to help children relate such abstract activities to real-life issues.

Finally, we need to reflect on how we assess learning in science. Too often what teachers teach and, therefore, what students learn is driven by how the students are assessed. It is easier for exams to test factual knowledge than some of the skills we want the next generation of scientists to develop. Governments need the confidence to develop assessment regimes that reward what we really want students to learn and science teachers to teach.