Experiences of Spiritual Transformations in America

Experiences of Spiritual Transformations in America 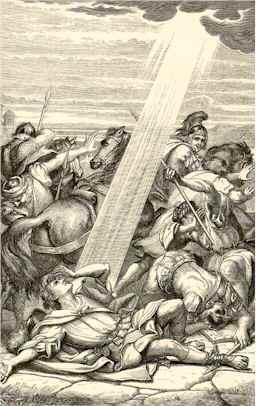 Changers and non-changers differ little in their demographics. In particular, there was no relationship with socio-economic status, counter to the expectations of some that spiritual/religious change would be higher among the economically disadvantaged as compensation for their material want and the less generally well-educated and especially those less scientifically informed. Also, there was also no relation with age despite the fact that older people would have had more years in which to experience such a change and were raised in cohorts with a greater level of religious involvement. The lack of an association with age may reflect the fact that most changes occur fairly early in life (61% by age 29) and relatively few, first-time experiences apparently occur among those over 50. The two demographics that were related, the higher level of spiritual/religious changes among Blacks than among others and the low levels in New England and the high levels in the South, were largely a reflection of religious differences.

Preliminary analysis of the open-ended reports of spiritual/religious changes indicates that two factors most frequently triggered change: 1) religious participation, but not usually explicit searching for greater truth or new insight and 2) having had a personal problem, most frequently an illness, accident, or death involving oneself or a loved one.

A large majority reported nothing about the event itself. There was a before and an after, but apparently often little marking the transition between the two. Second, when the event itself was described by the minority that did so, there was a wide range of elements mentioned. These included descriptions of all the classic aspects of spiritual/religious change (e.g. visions, visits from angels, near-death experiences, floating, talking to God, etc.), but the accounts were highly variable and few people cited any particular manifestation.

Most changers reported important, enduring, and wide-ranging developments emanating from their experience. First, reported consequences were most commonly about a strengthening of spirituality/religiousness. Mentions of switching religions were fairly rare. Improvement in personal behavior and character were the next most frequent theme. Then came changes in values and outlooks such as greater appreciation of life and seeing more purpose/meaning in life.

Second, a scale about how the spiritual/religious changes had altered people’s lives showed most people reporting notable change in most areas. The alterations were greatest in terms of giving a greater sense of meaning and modifying ones “outlook on life,” and least, but still notable, on changing “day-to-day activities.” The magnitude of the alterations did not diminish as length of time since the experience increased, indicating an enduring effect.

Third, analysis of various religious beliefs and behaviors found that having undergone a spiritual/religious change was a significant, independent predictor even with controls for other religious variables such as attending religious services, praying, and theological orientation. The daily spiritual experience scale indicated that the impacts were greatest in faith-related areas and less strong (but still statistically significant) in areas not explicitly religious.

Finally, people having undergone spiritual transformations reported their lives as being more exciting and less routine or boring than those not having had this experience.

But despite these various indications of important, positive changes, the impact of a spiritual/religious change does not appear to affect people’s evaluations of their health and psychological well-being.

Spiritual/religious change is a common and powerful experience among Americans. It is strongly related to current religious beliefs and behaviors and a strengthening of faith is the most common consequence of this experience. Still important, but less central and sweeping, are changes in character and everyday actions.