By Jennifer Baldwin on October 3, 2007 in Book_Review 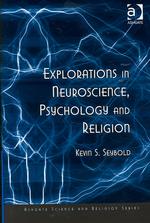 Explorations in Neuroscience, Psychology and Religion provides a helpful introduction to the realms of neuroscience, psychology, religion, and religion and science. Written for the “person in the pew,” Seybold supplies a survey of the titular fields and then investigates the ways in which scientific understanding can help to illuminate Christian faith and action. Specifically, Seybold desires to relate Protestant Christian doctrine and ethics with some of the advances in neuroscience and psychology since the 1990s.

Seybold’s text can be considered in two sections. The first section, consisting of chapters focused on neuroscience, psychology, religion, philosophy of science, and science and religion, provides a survey of the historical, theoretical, and methodological underpinnings for the final five chapters of the manuscript. The first chapter focuses on a brief history of neuroscience as well as the basic principles and concepts of neural activity, organization, and neurophysiology. In his chapter on psychology, Seybold traces the roots of contemporary psychology to its early philosophical and scientific sources while following the growth and development of psychology through the Renaissance, Enlightenment, and twentieth century. From his survey of psychology, Seybold emphasizes the importance of identifying varying levels of reality and relying on explanations of reality that are most relevant for each level. For Seybold, the various levels of reality largely correspond to a stratified model of the sciences, with physics as the most basic level and theology or philosophy as the most complex level of reality. In chapter three, he centers his analysis on the dual foci of religion and spirituality: What is religion? What is spirituality? How are they related? Are human beings “hard-wired” towards religion and/or spirituality? Seybold concludes his chapter on religion with a brief stroll through Christian theological anthropology, which, in his reading, leads to a dualistic understanding of human nature.

After devoting a chapter to each of the title fields, Seybold begins to investigate ways of relating them to each other. Chapter four centers on philosophy of science. In this chapter, Seybold claims that science, like other disciplines, contains a social dimension to it. Science is not a purely objective enterprise. This positivist understanding of science does not attend to the creative and interpretative elements within scientific discourse. The social dimension of science is important to Seybold because science needs to recognize the various levels of reality and implement the appropriate method to capture the unique attributes of each level of nature. Consequently, “science” can not be limited to the disciplines of physics, chemistry, biology, geology, etc. The social sciences must be included in order to examine higher strata of human community and reality. The fifth chapter deals with “integration issues.” This chapter is dominated by a survey of historical flashpoints in the interaction of science and religion, including the conflicts surrounding Galileo, Darwin, and the Scopes trial, and a survey of Barbour’s four typologies.

The second half of the text builds on the first five chapters and addresses issues known in popular culture. Each chapter in this latter section attempts to show ways in which a person can “be both an honest Christian and an honest scientist” (74). Chapter six centers on the relationship between religion and the brain. Specifically, Seybold asks, “Can religious experiences and emotions be reduced to neural activity?” He engages the work of Carol Albright, Eugene d’Aquili, Andrew Newberg, Patrick McNamara, and others to address this question. Chapter seven focuses on the psychological idea of the self as related to the theological notion of the soul and the philosophical concept of the mind. Consequently, Seybold provides a limited overview of the concepts of dualism, epiphenomenon, monism, and nonreductive physicalism. After addressing disorder and injuries that affect a person’s experience of self, Seybold relates questions of identity to Christian practices of sacraments, ministry, evangelism and forgiveness.

Seybold’s text concludes with a chapter addressing some future areas of inquiry for those interested in religion, psychology, and neuroscience. He highlights transhumanism and neuroethics as two areas that might become of particular importance for people within the Christian tradition. Transhumanism involves the merger of the human body with technology in order to counteract the deteriorations that occur with natural carbon-based biological systems. Neuroethics relates to the ethical issues arising due to innovations in memory, genetic enhancement, and neural imaging.

Explorations in Neuroscience, Psychology and Religion is a good introduction for individuals just entering into science and religion conversations as well as scholars who are familiar with science and religion but are branching out into neuroscience from other fields. Seybold provides an accessible manuscript that is welcoming and informative. He takes great care in providing the reader with the introductory information essential to cultivating an understanding of the prominent issues and dilemmas related to interdisciplinary work. Seybold also succeeds in connecting research and theories to their popular applications. In other words, he clothes the theoretical and technical material in recognized fashion.

In the introduction, Seybold states that the “person in the pew” is his primary audience. I think that the depth and presentation of the material is appropriate for his intended audience. However, it is likely too basic for scholars who are already engaged and active in the areas of religion, psychology, and neuroscience. Additionally, but not surprisingly (Seybold is professor of psychology), Seybold leans significantly toward psychology. Neuroscience and religion are certainly present and inform Seybold’s discussion but are not utilized to an equal degree. As a theologian, I found myself hoping for more theological development and insight. I also found Seybold’s repetitive use of exclusive and masculine language when referring to God and humanity jolting and unnecessary. However, on the whole, Seybold’s text is an informative and accessible introduction to the interface between neuroscience and religion, specifically Protestant Christianity.