The Science and Religion Debate: The View from Primary Schools (7 to 11 Years)

The Science and Religion Debate: The View from Primary Schools (7 to 11 Years) 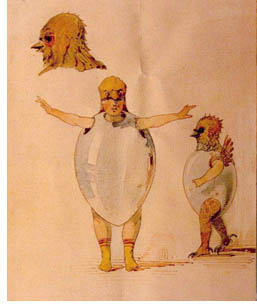 ‘The Science and Religion Debate is the name given to discussion and reflection on the historical interactions between science and religion, on how science and theology have both shaped cultures and been shaped by them. It explores human interactions with the world, and ways in which we search for truth.’

I wrote the above paper as a response to the question asked by my teaching colleagues, ‘What is the Science and Religion Debate? What is your project about?’

The Project presents issues in forms that pupils can access and understand. It is, as one trial school put it, ‘thinking outside the box’ and gives young minds the tools and materials to think for themselves. It recognizes the importance of process over product. It is just a beginning, and it is to be hoped that the whole resource will be adapted and re-used to suit teacher, pupil, school and SACRE (Standing Advisory Council on Religious Education)1 needs and preferences, and be an encouragement to others to explore further the links between science and religion.

Profoundly important to an understanding of how human societies interact with the natural world is an appreciation that cultural attitudes are influenced by scientific and religious beliefs, which may themselves have been long discarded. The unit on Mechanism, which I write for the secondary materials, examines and reflects on how this pervading 17th to 19th century Cartesian (Descartes 1641) philosophy has affected attitudes to living creatures and the environment to the present day.  Interestingly, and proving the point, the biologist Richard Dawkins (Dawkins 1976) uses the machine analogy when he refers to humans as ‘machines for propagating DNA’.

One of the most interesting topics to research and write was undoubtedly the  secondary Terraforming unit. ‘Terraforming’  is the intended re-modelling of other planets to look like Earth, and to be made suitable for Earth life forms – especially humans. Here, the technological challenge is huge, and the ethical implications greater. Among other ideas the topic explores the ideals and purposes of NASA’s Mars Exploration Programme,  the principles of deep ecology and ethical questions surrounding how we assign values to other living and non-living entities.

When, as secondary units were being drawn together and finalized, we began to discuss the possibility of taking the Science and Religion Debate into primary schools, there grew a sudden great feeling that complex ideas could be presented in simpler terms, using more concrete metaphors and images, to stimulate thinking in primary pupils (ages 7 to 11).

Here a strong emphasis on the development of thinking skills would be required – the necessary tools of analysis, synthesis, expression, interpretation, empathy and reflection in order for pupils to become self-aware, confident and critically engaged thinkers.

We decided to create links with the growing Philosophy for Children (P4C; http://sapere.org.uk/) movement within UK primary schools. With its emphasis on open questioning, honest listening to the views of others, and enquiry into how everyday language and culture shape our thoughts, it is a relevant medium for discussion of science and religion issues through dialogic talk. There are numerous opportunities for ‘community-of-enquiry’ discussion within the  primary units, as in Unit 2 lesson 1: ‘Can humans really know the truth?’, unit 3 lesson 4: ‘Could computers ever know right from wrong?’  and  in Unit 8 lesson 1: ‘Is brainy best?’

This type of context also reinforces and extends speaking and listening objectives within the UK Primary National Strategy2. Pupils learn to distinguish between points of view and to coherently link together common features and ideas. They learn to ask increasingly complex questions and express meaningful personal responses to concepts, ideas and values.

The units further contribute towards building a culture of participation which is at the heart of Every Child Matters, a key initiative in education in England and Wales. As pupils develop their questioning skills they become more actively involved in discussion and decision-making and grow in self-understanding and awareness. Through externalizing and sharing inner thoughts, ideas and concepts they are helped towards becoming reasoning, reasonable and compassionate beings.

Below are listed brief resumÈs of the three primary units with an ecological focus.  (The full list of nine units may be found on the website: www.srsp.net). Key objectives for this series of lessons, which are shared with secondary units, include exploring ideas of human responsibility and considering ways in which humans extend values to other entities. Differences between primary and secondary units  are in the approach, the emphasis on skills, and complexity of ideas and content. Each lesson is differentiated to include different abilities and types of learner, as is so throughout all units.

This unit explores some issues arising from investigative science including science and beauty, the values we put on other life-forms and the idea that everything can and should be measured.

In Lesson 1 pupils are given opportunities to consider how science reveals to us the worlds of the very large and the very small, and investigate Fibonacci numbers. They are encouraged to think about, in simple terms,  the ‘Argument from Design’. They reflect in Lesson 2 on whether ‘doing science’ may detract  from the beauty which we feel is in natural forms, as was Charles Darwin’s own experience. Pupils also consider whether all things can, and should, be measured.  Lesson 3  asks for thinking on how we order life-forms in terms of value, and pupils are encouraged to discuss whether the human search for knowledge must be bounded by ethical considerations.

Again, pupils are introduced to key themes in the Debate, within an ecological framework. They are encouraged to question  relationships between humanity and the natural world. Through looking at origins-type questions, perceived rivalries between the explanations of science and religion are explored. Pupils are encouraged to make moral choices and to justify them.

In lesson 1, pupils consider the ecological value of earthworms and are introduced to the term ‘symbiosis’.  In lesson 2, they compare the Biblical creation story with scientific theories of origins, and in lesson 3 they are introduced to the Anthropic Principle as the ‘Goldilocks Effect’. They identify some ways in which humans use knowledge wisely and unwisely.

Primary Unit 9 Are you an alien?

In this unit, pupils explore the relationship between environmental ethics and science and religion issues. It considers some possible future consequences of human space exploration on other life-forms and their environments. It explores our reasons for doing investigative science using living things, and compares ideas of inter-connectedness in science and religion.  Lesson 2 asks whether other planets should be changed so that humans can inhabit them. Lesson 3 explores ethical issues around experimentation that harms living things and in lesson 4 pupils learn about some ideas from the thinking of Buddha, and how they mirror modern living systems theory.

Due consideration was given to the need for knowledge support for primary teachers delivering these materials. To this end each unit has a section specifically for practitioners and facilitators, giving background information to aspects of the debate being covered within the unit, and suggestions for further reading. It is also recognized that primary teachers, with so many diverse subject areas within the curriculum, do not generally have time or too much inclination for huge amounts of ‘reading around’ a subject, and therefore  information has been kept to the point and very accessible.

From my own standpoint,  I would  like the opportunity to contribute towards the development of a philosophy- and ethics-friendly primary school science curriculum.

Certainly our young people worldwide deserve better, unifying metaphors in both science and religion, advocating an ecology that is life-centred, allowing them to see humanity as part of a larger, rather fragile, living whole. The Science and Religion in Schools Project, by aiming to set foundations within primary education,  is a step, even a leap,  in the right direction.

1 The purpose of the Standing Advisory Council on Religious Education (SACRE) is to advise the Local Education Authority (LEA) on matters concerning religious education in community schools and the religious education provision to be made in accordance with an Agreed Syllabus. These matters may include methods of teaching, training for teachers; and, choice of materials and resources.