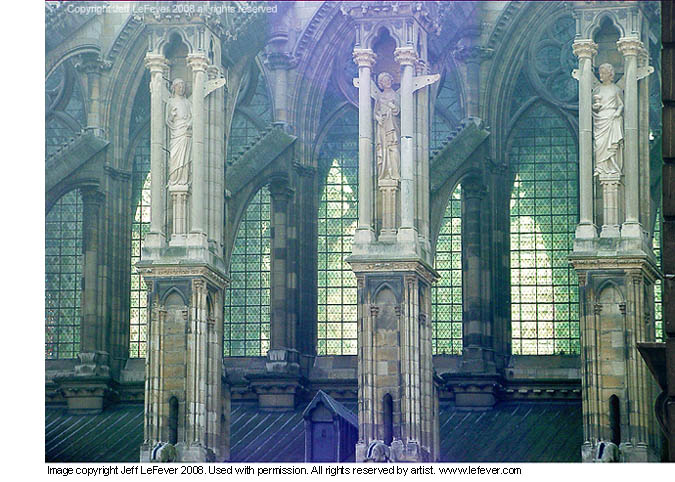 What are the origins of neurotheology?

Without question Herbert Benson’s work at Harvard Medical School  and the Mind/Body Medicine Institute in Boston are the origins of neurotheology. Benson was a cardiologist interested in the role that the involuntary or autonomic nervous system plays in the human disease process.

Benson established that the Stress Response System affects the entire nervous system. Under pressure, the fight/flight response goes out from the sympathetic nervous system, causing

When the fight/flight nervous system triggers, what else happens?

When the fight/flight response takes over the nervous system, both the physical and the psychological posture of the triggered individual enters into a primitive creaturely function – a survival mode.

In other words, the person with the active fight flight response looses their psychological and physiological serenity and essentially functions like a scared animal.

So what was the essential contribution that Benson made to neurotheology?

Benson made an interesting discovery. Using the instrumentation of biofeedback, he studied subjects who meditated using repetitive, mantra-based techniques. He found that the neurophysiology of the fight flight response was reversed by mantra based meditation. In fact the nervous system would switch from fight flight, to relaxation, or to put it in more neurologically precise terms, from sympathetic to parasympathetic activation.

As Benson studied people who mediated, he found that relatively shortly following their practice of meditation the subjects’

This last point is the neurotheological point. After years of research, Benson found that those who practice meditation as a form of prayer tended to have greater health gains than those who practiced meditation merely as a vehicle to greater physical and psychological health benefits. When people meditate via the Rosary, the Jesus Prayer, or Centering Prayer – with some psychological posture of faith in God – they achieve greater measurable health benefits than subjects who mediate simply to improve their health. Believing in God while stimulating the parasympathetic nervous system during faith-based meditative behavior is a superior means of delivering health benefits to the mind/body than via mere agnostic or behavioral medical meditation.

So Benson established that incorporating religious faith into the triggering of the Relaxation Response actually offers more health benefits than non-faith based mediations?

Yes. His work in this area is really fascinating. Everything that I have just summarized is laid out some detail in Benson’s (1996) book, Timeless Healing: The Power and Biology of Belief. Benson might be considered the father of neurotheology and psychoneuroimmunology.

Psychoneuroimmunology? What is that?

Psychoneuroimmunology is the study of how psychological states and their neurological correlates determine health or sickness. For example, a psychologically stressed person will have more fight/flight response emergent from their autonomic nervous system, and this can make them sick in a variety of ways.

How is that related to neurotheology?

Psychoneuroimmunology is related to neurotheology in that religious belief and behavior, or the lack thereof, will always be a factor in contributing to health and wellness. Spiritual and religious people seem to bring more resources to bolster them against the psychological and nervous system stressors that lead to illness.

How does stress make people sick?

Moving from Phase 2 to Phase 3 takes extreme health tolls. One study shows, for example, that women suffering from enduring stress due to coping with a seriously disabled child can biologically age them up to 10 years faster that less stressed counterparts (Epel, Blackburn, Lin, Dhabhar, Adler, Marrow & Cawthon, 2004, p. 634), and MRI’s of people who experienced a prolonged flood of stress hormones, due to sustained child abuse, combat, or an endocrine disease show a shrunken hippocampus – a brain organ associated with long term memory functions (Sapolsky,1999, pp. 116-120). 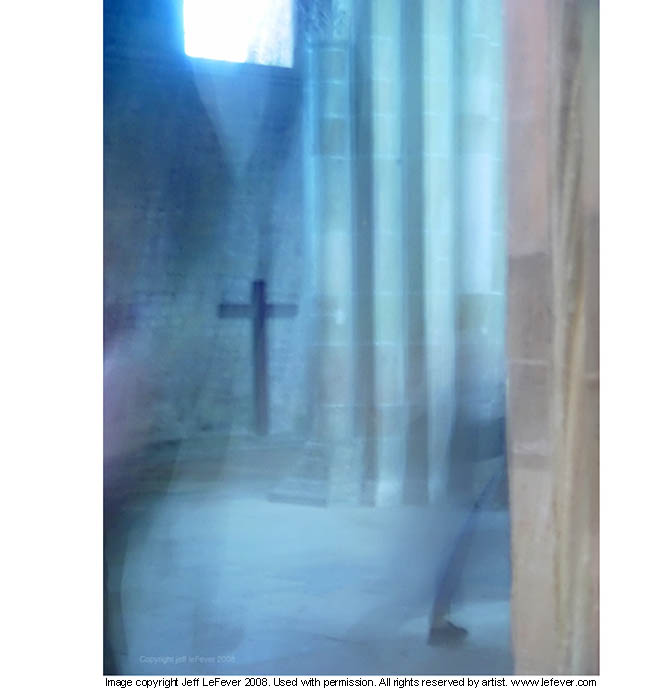 How does this all fit together for the Christian clinician?

The lesson for the Christian clinician is this: spiritual behaviors like meditative prayers are going to mitigate the activity of the sympathetic nervous system. Because meditative prayer reverses the nervous system’s stress response, practitioners are going to be less likely to experience the psychosomatic ills associated with Selye’s General Adaptation Syndrome and Howard’s above list of stress-related ills.

Are you suggesting that teaching clients to meditatively pray is a science-based form of spiritual behavior modification?

That is exactly what I am suggesting. Conceptually, it is possible to see how teaching clients to pray meditatively- in keeping with their theological beliefs and spiritual integrity- will positively influence each aspect of their 5 Axis diagnosis.

A client prescribed meditative prayer will have a decrease in severity of symptoms on Axis I, especially any symptom related to psychomotor agitation, tension, or burnout associated with Mood and Anxiety disorders. Also, meditative prayer could mitigate the need for trance-style defenses for dissociative syndromes- and could decrease stress associated with risk for psychotic relapse.

Because character defenses trigger under stress and create significant impairment in social and occupational functioning, it is easy to see how character disordered Christian clients benefit from meditative prayer. The autonomic stability created by ongoing prayer-activated parasympathetic activity will cause the Mad Cluster to  behave in a less bizarre fashion, the Sad Cluster to withdrawal less, and the Bad Cluster to act out less. For the client with an Axis II diagnosis that is excellent for coping and performance as well as relationships. For the person heavily burdened from a Personality Disorder, the angel of the meditatively triggered relaxation response keeps at bay the devil of the stress triggered fight/flight response – and the paranoid, wretchedness, and acting out behavior associated with character pathology.

Regarding Axis IV, taking a break from psychosocial stressors associated with occupational, financial, family, or some other environmental stress will simply create a psychosomatic gestalt less impacted by real life problems- and more resilient in the face of them. This is especially pertinent information, at a time when the macroeconomic meltdown contributes to psychiatric and somatic illness via Axis IV,

Finally, regarding Axis V, the client’s Global Assessment of Functioning is bound to improve, as faith-based behavior modification healthfully impacts the patient at the syndromal, characterological, somatic categories of diagnosis –as well as lending general resilience in the face of psychosocial stressors.

Where is neurotheology headed?

The direction of neurotheology will be determined by advances in technology. Technology influences our ability to study how the brain responds to religious experience and behavior. With the advent of new technology, Newberg, D’Aquili, and Rouse (2001) wrote a book outlining the first 2 authors’ research into the brains of Tibetan and Franciscan mediators. Using neuroimaging, they found that at the peak of prayer experience both groups of meditators experienced increased blood flow to the frontal lobes but decreased blood flow to the parietal lobes. Put another way, these researchers found that during Transcendent experience meditators exhibit a high degree of blood flow to the brain’s attention areas but a low degree of blood flow to the neural areas that ground the mind in the body. The breakthrough for understanding religious experience here is that the researchers developed a method of research that closes the gap between reported subjective states and brain activity. Neuroimaging allows researchers to observe the brain at the very moment religious people report prayer peaking into profound, extranormal consciousness. Such work grounds the phenomenon of spiritual experience in neurology. So neurotheology is headed where technology and instrumentation and creative experimental design will allow us to go. The researchers just mentioned took a snapshot of the spiritual brain during Transcendent experience. The future holds other such profound revelations.

What is the ongoing practical value of this evolving field?

Perhaps Sara Lazar’s, et. al., (2005) work represents a clue to the kind of breakthroughs we can expect from neurotheology. Lazar’s MRI study of  practitioners of Buddhist Insight meditation associated this practice with increased cortical thickness. People who practiced a certain form of Eastern Meditative technique, appeared to enjoy a fatter cortex than those who did not. It is wonderful to think that behaviors as simple as being still and spiritually serene could influence the brain for the better. Further studies may show that various types of mediation and prayers improve the brain’s functioning contrary to disease processes. Confronted with an aging population, the healthcare community might find that prayer and mediation techniques are useful to retard or reverse age-related degradation of the brain. Meditation and prayer may also be demonstrated to build up parts of the brain thinned from ingestion of neurotoxins characteristic of chemical dependency disorders.  Correlating the faith factor with future mediation and prayer studies will be part of ongoing research. With increasing specificity we will understand the interplay between faith, mediation, prayer, phenomenology, and health outcomes. This offers amazing possibilities for developing prescriptive religious and spiritual meditative and prayer behaviors for specific disorders.