Youmeus Point: Out Of The Frying Pan; Into You’re Fired

Youmeus Point: Out Of The Frying Pan; Into You’re Fired 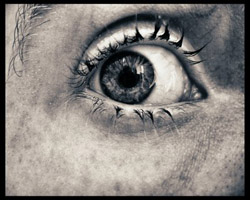 If a problem arises between you and me, whose problem is it? Is it you, me or us? To resolve the problem, should you change, should I change, or should we change?

Problems come to our attention by way of a feeling, an affective change in one of us—some physical sensation that tells you or me that something is amiss. We have various names for these: surprise, agitation, anxiety, perturbation, a “red flag.”

I say “at face value” because if I bring up the problem, I’ve got the floor and I get to frame the problem from my perspective—often biasing it toward an assumption that the problem is yours to resolve.

It’s a first-out advantage—the opposite of “he who smelt it dealt it.” If I smell a problem, I’m likely to think you’re the one who dealt it into our relationship and that you’re the one who has to solve it. This first-out advantage is why if your partner were to say, “I’m feeling agitated within our relationship,” you might find yourself on the defensive.

Still, in themselves, feelings are just feelings—they don’t imply who’s at fault. But feelings don’t stay feelings for long. They get translated almost instantly into emotions.

Emotion psychologists still aren’t in agreement about the difference between feelings and emotions, but in general, the term emotion implies at least the beginnings of cognitive engagement—thoughts and interpretations of what a feeling means. Emotions posit a theory about what caused a given problem and then suggest responsibility for resolving the problem. More often than not, the responsibility falls upon the other person.

Below, I’ve taken a standard psychologists’ list of emotions and removed the emotions of satisfaction. I’ve divided the remaining emotions of dissatisfaction (emotions signaling a problem) into three categories: those that tip toward finding the source of the problem internally, externally, or relationally. That is, if in conversation I were to say, “I am feeling X in our relationship,” does my declaration imply that the problem is something going on outside of me (implying that you should change), inside of me (I should change), or in the relationship between my inside and outside (we should change)?

Notably fewer emotions imply that the source of the problem is internal and therefore that I should do something about it: I’m feeling ashamed in our relationship, grouchy, grumpy, hostile, spiteful, vengeful, envious, jealous, guilty, regretful, remorseful, embarrassed, insecure, pitiful, hysterical, nervous, tense.

Still fewer imply that the problem is relational and therefore that we should change (for example, taking time apart): I’m feeling disheartened in our relationship, despairing, depressed, hopeless, defeated.

Of course, with the complexity and context-dependency of all human communication, none of these attributions—you, me, us—are hard and fast rules. Still, this very coarse-grained analysis gives us forty-eight emotions that say it’s you, seventeen that say it’s me, and five that say it’s us—more than two and three quarters times as many ways to say, “your bad,” as there are to say ”my bad.”

Notice that I’ve run this little test only employing an “I message.” It’s much worse if I make you the subject. If my use of the first-out advantage isn’t enough to make it your fault, and the bias built into the list of emotions isn’t either, then “You make me feel X in our relationship” should do the trick. If I say, “You make me feel jealous in this relationship,” then it’s your problem to fix, not mine.

So what’s the deal? Why are there so many more emotions that imply your fault than my fault, and why does the rhetoric of interpersonal problem-solving generally seem to make calling attention to a problem tantamount to accusing the other person of causing it?

One reason is perhaps as old as one animal warding off another’s approach. A dog snarls to say “Cut it out” when it’s bothered. A dog can be bullied into submission, but then it won’t call attention to the problem, it will sulk away silently. We don’t find our fellow animals saying, “Excuse me, but things aren’t feeling right between us. Is it something I did?”

Also, we tend to communicate in order to get someone else to do something. If, instead, we want to get ourselves to change, we have nothing to communicate, and we don’t need words to describe the emotions.

Above all, however, we like things done our way, so of course we need ways to tell the other person to change. Emotions are a particularly stealthy way to do it. I could say, “I’m not happy today—you change,” but that’s not likely to persuade you. If, instead, I come in, flop myself down on the couch, and interrupt your reading to say with an earnest and worn look on my face, “I’m exasperated in our relationship,” I convey the same content (ouch, therefore you change), but I do it obliquely. I also provide myself with defensive cover. If you replied, “Well, don’t blame me!” I could always say, “Who’s blaming you? I’m just expressing my feelings.”

The youmeus point—The near-instant translation of a feeling into an emotion that defines the problem as you, me, or us—may be the most critical pivot point in the dance of interpersonal problem-solving. It’s useful to distinguish the feeling from the emotion, and to notice when you pivot. If you don’t notice, the feeling becomes synonymous with the emotion, and “Ouch” becomes “It’s your fault” with no awareness of the interpretive step in between.

I’ve written before that when receiving feedback, it’s useful to distinguish ingestion from digestion. Ingestion is taking the feedback in. Digestion is interpreting it, figuring out what part is nutritious and worth absorbing and what part is waste, best rejected. I’ve argued that between ingestion and digestion you need a period of suspended animation. Ingesting the bitter pill of critical feedback fills us with such strong emotions that if we try to digest it immediately, we tend to do a bad job.

There’s a parallel here. Agitation is your gut giving you feedback that something is amiss. When you feel agitation, it calls your attention to a potential problem. You take it in; you ingest it. Digesting it is figuring out what part of the problem has to do with the other person and what part has to do with you. It’s the mark of maturity to pause on the youmeus point—that moment of suspended animation between ingesting your feeling and digesting it into emotion.

In partnerships (again, of any kind—business, love, parenting, whatever), there’s ideally enough mutual trust that regardless of who raises the red flag, the interpretation process is collaborative. Ideally, one of us could bring up a sense that there’s a problem, and then we could decide together who or what has to change. Ideally, the person bringing up the problem wouldn’t feel an urgent need to assert that it’s the other’s fault. Nor would the other be put on the defensive and feel the urge to retaliate in kind. It takes a lot of rapport to share responsibility for assessing responsibility. It takes trust, which is often exactly what’s called into question when a problem arises. Maintaining such rapport is in practice a challenge, but a challenge worth attempting, because the alternative is so inefficient. If you’re thrown into attack and defense mode every time a problem arises, your partnership is less likely to survive.

In cultivating that rapport, a stitch in time saves nine. Pausing before jumping to conclusions can spare you hours of discouraging disagreement. But there will still be some jumping, some vicious cycles. So cultivate skill in dampening the vicious cycles too. A save in time stitches nine.

It would be wrong, of course, to imply that the translation of feeling into emotion is strictly governed by irrational bias. Really, we mostly translate from feeling to emotion by way of informed guess. If, for example, we’ve dealt with some recurring problem several times already and concluded that you’re the one who has got to change, then I’m very likely to assume you’re the one who has to change again when the very same problem arises yet again (see Bayesian updating).

But this informed guessing is not without bias. We tend to assume it’s the other guy’s fault. Our emotional vocabulary is evidence of that bias. There are a thousand and one ways to say “Ouch,” but a thousand of them don’t sound anything like it. And of the thousand, the majority sound more like, “You need to change so I feel better, okay?”